LKMWT in the City of Lights, Karachi

Karachi is the biggest city, and heart of Pakistan.  No one living in any part of this country can deny this. It inhabits all and welcomes everyone without the consideration of ethnicity, religion, race, color and socio-economic status. According to estimates the population of this city has reached to almost 23 million and is increasing every year. In recent years, internal migration especially from the northern areas is a major factor for the population increase. At one time this city was highly organized, so much so that the Capital city of Islamabad was entirely designed on the model of Karachi. Over the years this city has been abandoned by the state bureaucracy and it looks as if no one cares anymore.

Now heaps of garbage dumped on roadsides and empty plots full of trash in every neighborhood is a common sight. Being brought up in this amazing city, I just cannot get over the fact that this city was once regarded as the best by many, not just within the country but outside as well. 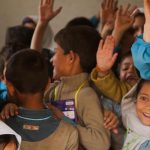 Prev post Education Young Minds: Our Latest Initiative
Next post Should Healthcare in Pakistan be a Matter of Opportunity? 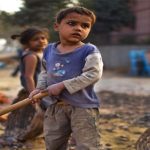